03-11-2022 Sean McConnell - Schubas Tavern || Lincoln Hall
LHST Vaccination Policy
Proof of vaccination is required for entry to all shows at Lincoln Hall and Schubas in Chicago, and to all Audiotree Presents shows in Michigan. Click here for more information on this policy for Chicago shows, and Click here for Michigan shows. 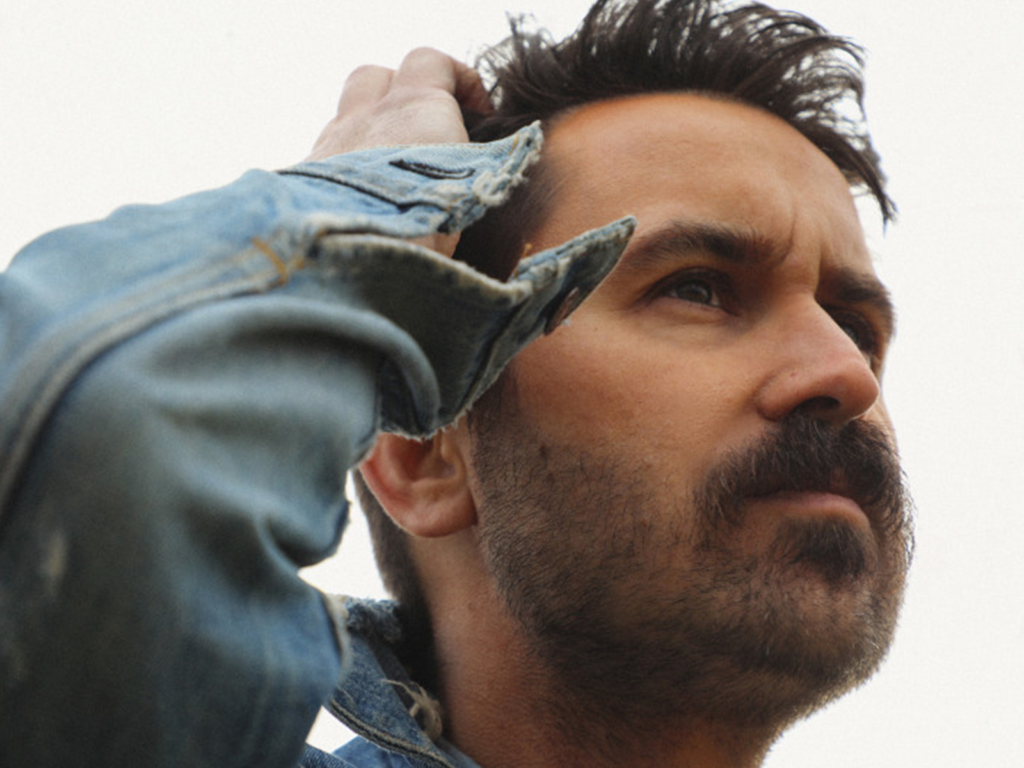 Peril exists in both the underexamined and overexamined life.

Claiming to have all the answers may appear to hold a premium in life in the 21st century, but finding even one flaw in that claim threatens to crack the entire edifice.

Similarly, building a life out of nothing but an endless stream of questions while also afeared of gathering answers leaves one paralyzed into inaction.

Life is rarely black and white. Nor is it almost entirely gray.

The dichotomy of balance, amidst the turbulence of the to and fro life’s situations warrant, is a central theme of singer/songwriter/producer Sean McConnell’s newest collection, A Horrible Beautiful Dream.

Surfing the static of an AM radio
Same old sermon, same old song
It’s problematic when the world’s about to blow
And you don’t know anything is wrong
– “I Still Believe In You”

Sean McConnell is a man unafraid of asking questions of the situations in his life. It manifests itself from the moment he wakes each day, on a small farm outside Franklin, Tenn., a very different environment than his upbringing in Massachusetts.

“No, I didn’t grow up like that at all,” McConnell laughs. “But my wife grew up on a farm. She’s more used to it than I am.

“We’ve got pigs and chickens and some acreage.We are growing a garden and such.The older we get, the more we want to just kind of be self-sufficient. We enjoy getting our hands dirty and getting out into the woods and taking care of animals. It brings us a lot of joy and grounds us.”

A central feature of the small, well-appointed house is a wood-burning stove that provides much of the heat to the structure. There is both beauty and function in the process of maintaining the stove’s output in the colder months, something that parallels McConnell’s work in his studio a stone’s throw away, asking questions of both his own work and those with which he collaborates.

“Time seems to breed creativity, especially when there’s very little else going on,” McConnell says of the stillness brought about by the events of 2020. “Other than this record of mine, I’ve produced records for four other artists out of my studio.

“This period has forced everybody, internally and externally, globally and socially, to take a good look at our lives and examine it,” he continues. “Everything from our marriages to our workout routines,social injustice to planet politics and religion, spirituality and our internal environment…everything has come to the surface. It’s been the tipping point of so many things right now, so obviously that bleeds over into art and music.”

If there’s an overworked word surrounding the previous year, it’s been “uncertain.” (“Unprecedented” might run a close second.)

There comes a moment we must admit to ourselves that we don’t have a clear picture of what’s happening around us. It’s the thread that not only ties the entirety of A Horrible Beautiful Dream, but also one of the standout tracks, “Nothing Anymore.”

Wish that I could find a way
To take the world off of my shoulders
Some days I’m so afraid
Just to wake up and turn over
I don’t know, can’t tell
If we’re in heaven or in hell
Only thing I know for sure
Is nothing anymore
– “Nothing Anymore”

The dark warmth of the piano chording, the quiet rhythmic picking of acoustic guitar, the droning tension of the strings…they all merge to brush back the dirt of circumstance and uncover the reality of not knowing.

“It’s a very personal idea,” McConnell says. “I’ve lost a few people that I love this year. The second verse of that song is very real to me. It’s a consistent theme of my walk through this life.”

“If you asked me, ‘what do you know for sure?’ I don’t know what I would tell you” he continues. “That used to bother me, but now I see tension as a sign of growth because whatever this all is, it must be much bigger than any of us could ever imagine.I have surrendered any attempt to name it or understand it.

“It’s just, there it is…there’s my new slogan.”

That’s not to say hopelessness is the black hole into which the entirety of A Horrible Beautiful Dream falls. There are moments of levity (found in the generously alternative gospel of “The 13th Apostle” with guests The Wood Brothers), touches of rueful self-reflection (evident on “What The Hell Is Wrong With Me”), and encouragement by the world and those around us (pictured on “Waiting To Be Moved” featuring Natalie Hemby.)

Tapping into the broad spectrum of our human emotions and observations is what makes McConnell such a versatile collaborator and sought-after songsmith over the years. He recognizes the dichotomy of “both/and” rather than just “either/or” not only in his personal life, but his creative one as well.

“I do like to find a common thread in the records that I make, not that it’s so strict that it becomes a concept record,” Sean notes. “The title encapsulates the dichotomy of just being alive, of there being so many beautiful, amazing things.

“I can be holding my daughter, looking at her and feeling so overwhelmed with joy to be with her here,” he says. “Then in the next moment, experiencing the profound fear of losing her or losing someone I love.

“We can look at the suffering of the world and the beauty of the world and hold them in our hands and just be present with it all, not forcing ourselves to try to understand it or anything else. It’s just, ‘this is what this is.’ I think that a lot of the songs speak to that.”

It’s an artistic and heart-filled approach to viewing the world that McConnell admits started to coalesce on his previous project Secondhand Smoke, and makes manifest on A Horrible Beautiful Dream.

“My songs were starting to venture into the grit, the gray area of just trying to be okay with not having all the answers,” McConnell says. “In fact, we have very little of the answers and we have even less control than we ever thought we did.

“Instead of that being a bad thing, finding some sort of weird peace in that it kind of takes the pressure off your shoulders in a way.”

If there’s a song that most echoes the miasmatic state so many artists find themselves in at the moment, it’s the lament found on “As The Curtain Came Down.”

I’d have sung every note with a little more passion
With a lump in my throat and just kept that Epiphone thrashing
I’d have stood on the stage til they cut off the sound
Oh if I would have known, as the curtain came down
– “As The Curtain Came Down”

“It’s only happened a handful of times, I woke up with most of that song written in my mind,” Sean says. “I’m just like every other artist right now…I went from missing shows and audiences and that high to missing a shitty green room, drinking a beer. It’s something that we can easily take for granted and I’m guilty of that for sure.”

If misery loves company, sometimes that company breeds collaboration, a special moment of which emerged serendipitously as McConnell and singer Audra Mae were working on the track.

“We were finishing a project for Audra at the studio, and as she was leaving, Dan Tyminski was coming over to play some mandolin on ‘The 13th Apostle,'” McConnell remembers. “We were like, ‘Hey, you gotta hear this song,’ because Audra had just put a harmony on it.

“One of the cool things about having a studio is the people coming in and out organically over the course of a project. It became this huge three-part harmony thing with the two people I love, and their voices are so iconic and massive and distinctive. It’s one of my favorite moments on the record.”

Recognizing those moments as special in the midst of them happening is not just a talent, it’s a skill in need of honing. It speaks to McConnell’s hours both behind and in front of the studio glass…revising, reworking and refining those moments not only for himself, but also the people who trust him to make real their musical visions.

“I think one of the greatest things a producer can do is step back with an unbiased mind and see what the artist is bringing to the table, song-wise and instrumentation wise,” Sean says. “I mean, some people that have come through the studio and are like, ‘Yeah, I’ve never played electric guitar on one of my records.’ And I respond with, ‘Well, let’s plug you in,’ and then they get stuff that a studio cat would never, ever think to do.”

“Stylistically I always try to read the room, whether that’s writing a song or producing a track, there’s something in the air that wants to be born,” he continues. And that’s the fun of it, kind of sticking your finger in the air and asking the question, , ‘Hmmm, what are we supposed to do here?’ You have to be able to see what’s there, what they want, what’s their record. They have something in them that wants to come out, facilitating that in the ways that is honest to them is of supreme importance.”

Every new collection of songs represents both a finish line and a starting point in an artist’s career, and A Horrible Beautiful Dream is no exception. In the end and at the beginning, it’s a man Asking The Questions, while simultaneously being unafraid of The Answers.

“If there was something to be written on my tombstone, it would be ‘He searched very hard,” Sean muses. “My mom was someone who really nurtured her kids to question and be okay with questions.

“The quest for whatever this is,” he gestures broadly, “is a major, major drive in my life and also in my music. I think that’s pretty blatantly on display in this record.” 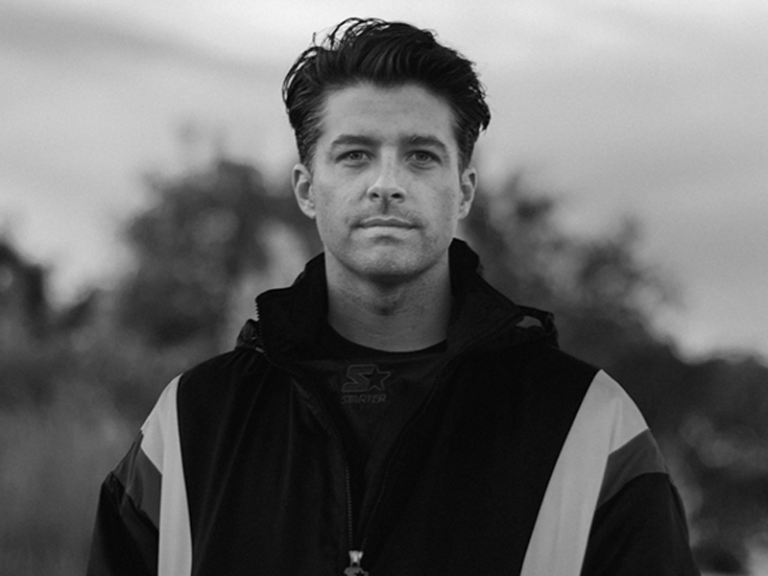 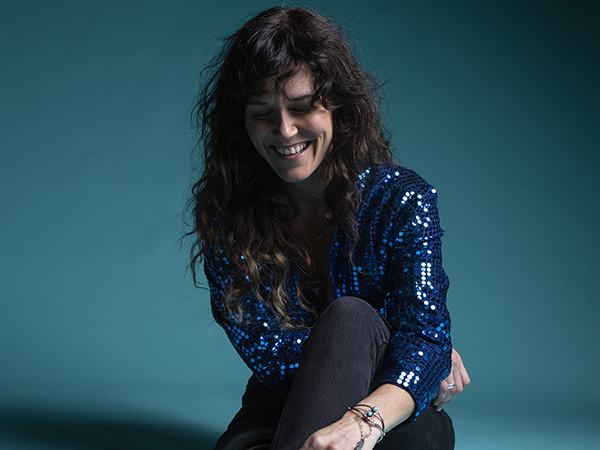 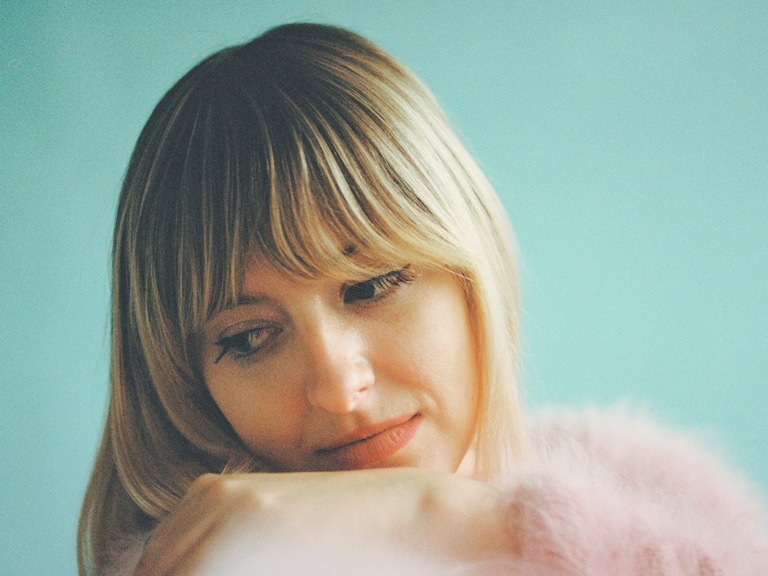