Late Show
PLEASE note, this show has changed venue and date. Pay attention to different times and openers.
This show has been rescheduled from one show on Thursday, May 7 at Lincoln Hall to two shows on Thursday, November 5 at Schubas (7pm and 10pm). All previously purchased tickets will be honored. Ticket holders will be contacted with confirmation. 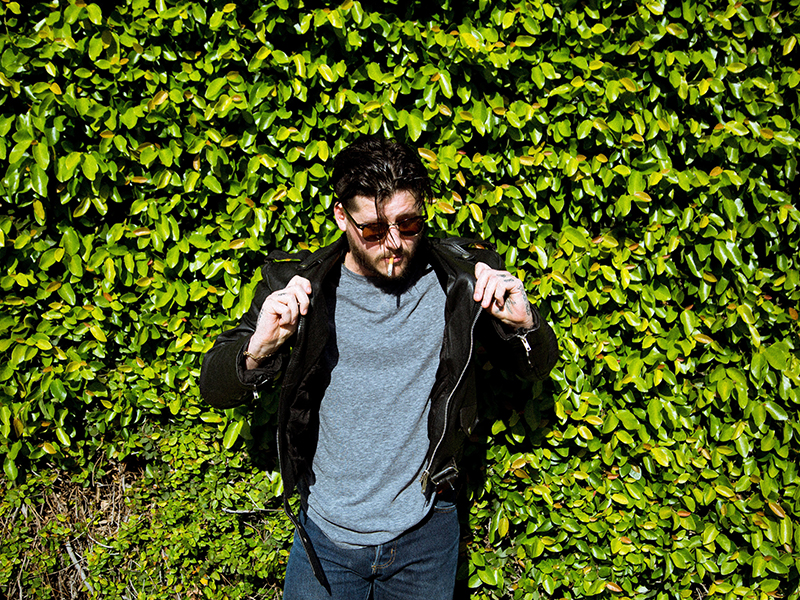 ‘King of the Beach’ 10th Anniversary – Wavves will be playing the record in full!

The word ‘brat’ has followed Nathan Williams around for almost a decade, but at the age of 30, with a fully-fledged business to his name, as well as the ongoing success of band Wavves, his rebellious streak has proven not just purposeful but pretty damn inspiring. The San Diego native knows how to play the system, so when the major labels came knocking a few years ago looking to turn Wavves into the next so-called saviours of radio rock’n’roll, Williams and bassist Stephen Pope made sure they used it to their advantage.

“We were just trying to go to eat at nice places in LA,” he laughs. “There were a few people from majors who would not stop reaching out to us. They were obsessed. They thought we had heat and they needed an edgy big rock band like they used to have in the ‘90s. Me and Stephen were in our shitty apartments, Googling ‘nicest restaurants in LA’. We went to eight or nine dinners. At the end we’d say, ‘not interested’.”

When Warners came along and offered them a cash advance too good to refuse, they accepted while being shrewdly aware of what they were getting themselves into. “We still owned all of our shit, which was the most important part for us. For them it was a shot in the dark.” The day to day of being signed to a major, however, was unpredictable and beyond their wildest nightmares. “I figured it would run the same as [prior label] Fat Possum, just with more people. I was wrong.” By the time they were readying to release their second Warners album – 2015’s ‘V’ – shots were fired. Williams released single ‘Way Too Much’ on Soundcloud before the label had approved it, the label forgot to sign off on the artwork and, in the end, Wavves felt swept under the rug. Ultimately it felt like a career step backwards.

“I’d never come in contact with such a poorly run company in my life,” says Williams. “It was anarchy. Nobody knew what they were doing. Turnover rate was like an American Apparel. It was really all cons – unless you’re a cash cow. For everyone else, major labels can’t help you. Maybe at one time they could, but that time is dead.” The birds-eye view on Warners’ inner mess wound up pushing Williams to legitimize his own business – Ghostramp. “I figured if these idiots could get by, we could do it a hundred times better.”

With that fighting spirit, Williams took back control and realized his own teenage dreams. Today, during a Monday lunchtime hour, he’s making time between meetings to talk about forthcoming sixth Wavves record ‘You’re Welcome’ in the stock room at Ghostramp’s Chinatown-based LA skate shop. Opening in October 2016, Ghostramp is the physical embodiment of a vision that harks back to before Williams made the first Wavves’ albums in his parents’ garage. It’s a merchandise store, it’s a label, it’s a tangible community in a time when the digital age has taken the confidence out of physical product. And – what’s more – it’s working. ‘You’re Welcome’ is the soundtrack to this new lease of freedom. It’s Williams’ tongue-in-cheek rebirth as a self-released, self-actualized, self-promoting punk kingpin, and despite putting his money where his uncensored mouth is, he’s emerged not just unscathed but with the upper hand. “I’m my own boss and that feels great,” he smiles.

In February 2016, months before Ghostramp opened, Williams took himself into producer Dennis Herring’s [‘King Of The Beach’] studio in Downtown LA, and for the first time since the early records worked regular office hours and almost entirely alone. It was the polar opposite experience to making 2013’s ‘Afraid Of Heights’ record, which took Wavves over a year and was “out of control”. “We were so fucked up in the studio – everybody, the producer, the engineer, everyone recording. We’d waste days,” recalls Williams. With this, Williams brought everyone in one at a time, ensuring it was the minimum amount of people possible. That prevented the recording from descending intomidnight oil-burning party sessions.

The album was put together wholly differently from ‘V’, too, which was recorded live as a band album together with guitarist Alex Gates, drummer Brian Hill and Stephen in the studio. ‘You’re Welcome’ is mostly comprised of Williams’ oddball, sample-led brainstorms. He came up with 40 tracks, now whittled down to twelve, fat-free punk zingers. “I’d come up with an idea, fool around with it, have Brian come in and play drums, then figure it out.” A sample nerd, Williams delved into his obsession with 1950s doo-wop and – surprisingly – international folk, including Cambodian pop and ‘70’s psychedelia from South America.

The results make for one of the most diverse and intricate Wavves records yet. ‘Come To The Valley’ contains a Phil Spector meets Beach Boys ‘60s High School dance vibe, whereas title track ‘You’re Welcome’ riffs on sound effects that could almost originate from Bizarro World, never mind Cambodia. Some of his ideas ran away with themselves a little too much, as Williams reveals one track was a little too close to Drake’s ‘Hotline Bling’ for comfort. ‘Million Enemies’ is right in his comfort zone though. Inspired by New York Dolls, Bowie and Gary Glitter, he calls it “the anthem song.” “It’s a song for the haters,” he says. The lyrics “I got enemies, a million enemies, living in the streetstonight” are a call-to-arms for anyone whose detractors are out to get them. “I don’t have a million enemies,” jokes Williams. “But probably 500,000.”

The biggest shift of all, and the ultimate laying down of the gauntlet to Williams’ doubters, is the subject matter. Where ‘V’ was a “buzzkill” record, all hangovers, lovers’ tiffs and depression, ‘You’re Welcome’ is less navel-gazing. It’s dealing with matters outside of Williams’ own headspace. “I’m tired of writing about myself,” says Williams. “It got boring. On this record I tell more stories, talk about parts of my life from other people’s perspective.” ‘Stupid In Love’ for instance is about a female junkie who lived near him back in San Diego. ‘Animal’ is his anti-corporate, anti-establishment track. “The whole world covered in gasoline and burning alive/I feel taken advantage of and empty inside” go the lyrics.

On their last tour, Wavves banned members of the audience, including homophobes, anti-abortionists, racists, and Trump supporters. Ghostramp’s website is currently donating to the likes of ACLU, Planned Parenthood and National Immigration Law Center. On ‘You’re Welcome’ too, it seems Williams has decided to get political, particularly on the song ‘Exercise’, with its lyrics “dancing while the world is burning down… I can’t believe the shit they feed to us/They’re lying to our face.”

“I never thought I’d write a song like that,” says Williams. “I don’t know if it’s because I’m older or because shit got so fucked up and crazy but at this point now you shouldn’t be worried to say something. I wanna make it very clear what side I’m on. If you’re quiet about it because you don’t wanna upset some of your fanbase, then that’s part of your fanbase you need to weed out.”

There’s also – finally – a love song, called ‘I Love You’ that lays Williams’ emotions bare unashamedly for the first time. Perhaps too, a sign of maturity. “It’s just a love song,” he says. “I’d always skirt around feelings and find different ways of saying things unless I was literally saying, ‘I’m depressed.’”

Offering a tour around Ghostramp’s store, Williams explains that they’re already looking to expand and move into a bigger space next door this year. Back in 2013, he put out Wavves’ ‘Life Sux’ EP by himself. It was too much of a headache and he realized he needed to build a team of capable friends. Now that team runs this daily operation, proving that DIY and business savvy can be bedfellows. It’s still hilarious to Williams that even in the early days, people would chastise him for “selling out”. “Did people think that when I’m 45 I’d still be recording records in my mom’s basement? Being an entrepreneur, having a hold over your own business, being able to employ your friends and create not just a place for fans but for other people to share their ideas too is so cool.”

Via Ghostramp, Williams isn’t just putting out Wavves’ new record, he’s signing other local garage bands, funding his tours, schooling DIY artists in how to create and distribute merchandise in a way that supports your career and provides future security where nobody else can. As for Warners, that cash advance helped pay for this store. The rest came from the money Wavves made off merch during 2016’s Summer Is Forever II Tour with Best Coast and Cherry Glazerr. “I thought Ghostramp would be a hobby, doing 7-inches here and there. But now it’s a legitimate business,” says Williams. “The thing is I’m not just interested in making music for Wavves. I’m too ADD. Being an entrepreneur, being hands-on isn’t just smart, it’s necessary. Your art is everything you do, every choice you make. I was able to build my own thing, own it and control it all 100%. If I want to do something now I don’t ask anyone. I just fucking do it – that’s priceless.”

Nathan Williams never went away, but now he’s made sure he’s here to stay far longer. And for that, girls and boys, you’re welcome.