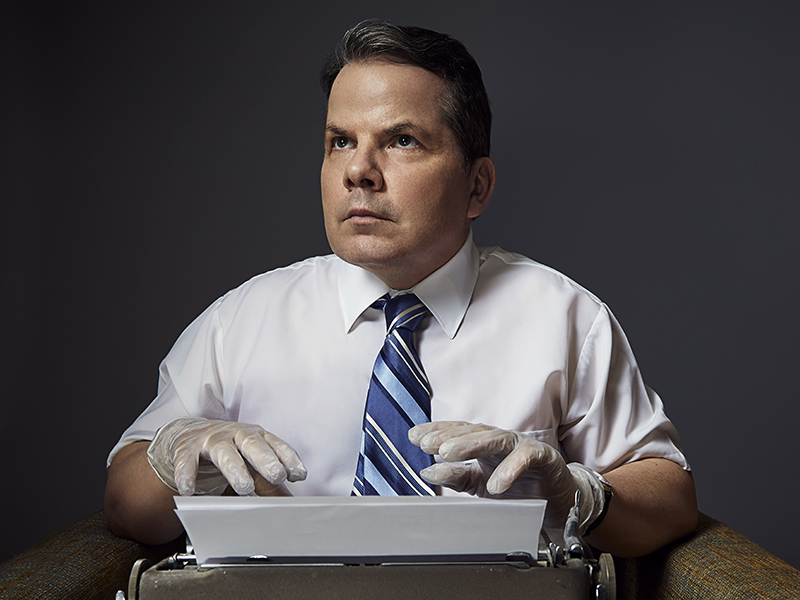 Bruce McCulloch is a Canadian actor, comedian, writer, and director. Perhaps best known for his work with the award-winning sketch troupe, The Kids in the Hall, Bruce has since had a career spanning television, film, and the stage.

In his stage career, he has written and/or performed several one-man shows including Two-Headed Roommate, Jazz Stenographers, and Slightly Bigger. Hess also had the pleasure of performing in shows for storytelling organization, The Moth.

Bruce is currently performing his stage show, Tales of Bravery & Stupidity, which he is turning into his next book. His first book, “Let’s Start a Riot” was released by Harper Collins. Additionally, hess written for several publications including The Globe and Mail and The New Yorker. Bruce also has two spoken word/comedy/music CDs Shame-based Man and The Drunk Baby Project.

Bruce is currently producing and directing the series TallBoyz for CBC, which premieres this September. He has written and performed in Young Drunk Punk (a series inspired by his own life), Death Comes to Town, and This Blows (web series) also for CBC, and he created Carpoolers for ABC. He has directed such shows as SNL, Brooklyn Nine-Nine, Schitt’s Creek, and Trailer Park Boys.

As an actor he has appeared in numerous Canadian and American television shows such as, Saturday Night Live, Arrested Development, Gilmore Girls, Comedy Bang Bang, Workaholics, and Nobodies, and even Anne of Green Gables.