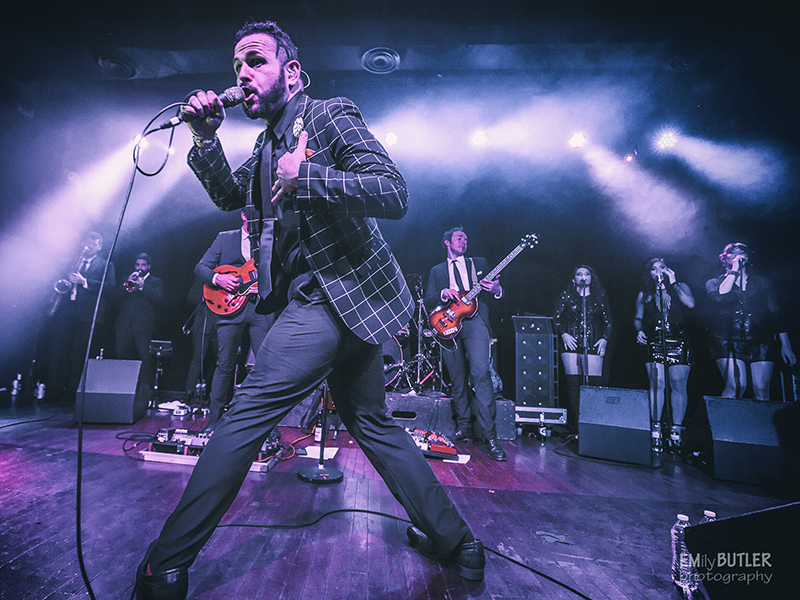 back to BACK TO BLACK: a tribute to Amy Winehouse

back to BACK TO BLACK: a tribute to Amy Winehouse and revival of the entire 2006 Grammy-award winning album BACK TO BLACK featuring Remember Jones with a 12-piece orchestra band + guests

plus an opening set of super-soul originals from Remember Jones!

Named one of Paste Magazine/Daytrotter’s Top Ten Soul/R&B artists of 2017, soul sensation Remember Jones brings a 12-piece orchestra to recreate the entire 2006 Grammy-award winning AMY WINEHOUSE album BACK TO BLACK, including a horn section, backing vocals, auxiliary instruments, and other special guests. Fronted by “one of the most enthusiastic, fiercely passionate powerhouses in the game” (Live for Live Music), Remember Jones will lead the ensemble through 17 songs, including the hit singles “Rehab,” “Tears Dry On Their Own,” “You Know I’m No Good,” “Love is a Losing Game,” and the title track, “Back to Black.” This one-of-a-kind show has sold-out most previous engagements.

The band includes musicians from some of the most acclaimed funk and soul bands in New York, Philadelphia, and Asbury Park’s music scenes. Remember Jones will play an opening set featuring material from his high energy, super-soul, original recordings!

“A singer blessed with an amazing instrument and an uncanny ability to interpret the music of others so that the material becomes unmistakably his own, Remember Jones is at the vanguard of the rebirth of soul music as an immersive experience that begs to be felt as well as heard.” – KEF Audio

The band’s DEBUT ALBUM, “Ladies and Gentlemen, Remember Jones!”, available via CDBaby, iTunes, Spotify, Apple Music, and other outlets, was created after raising close to $19,000 through nearly 300 small donations via Indiegogo, and created in front of a live studio audience with a 25-piece band. POPDOSE calls the album “…uncanny magic… remarkable vocalist… Remember Jones is heading for big things.” A set with Daytrotter, called “AMAZING!!…highly recommend this session to everyone and anyone…” was released in February 2017: http://www.daytrotter.com/remember-jones/futureappletree-december-09-2016.html