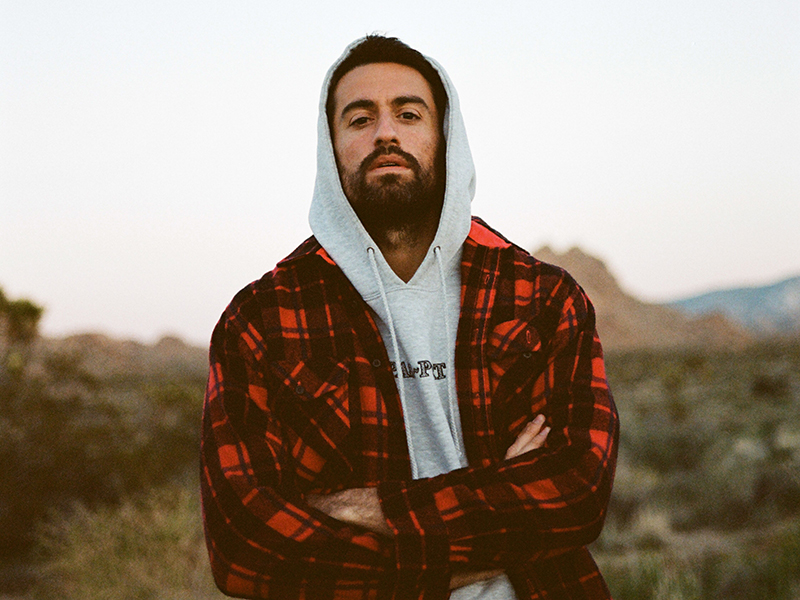 Dutch singer-songwriter Dotan began his career playing intimate shows in peoples homes. His 2014 multi-platinum album, 7 Layers, was a soulful and folksy expression that he wrote, produced, and recorded in his living room. Riding the success of his debut album, Dotan sold out Ziggo Dome Stadium in his home country and played countless festivals such as Pinkpop, Sziget, SXSW and Pukkelpop.

Despite major success, Dotan hid behind his music, choosing not to appear in artwork and videos. He then went on to use his attention to help showcase upcoming singer-songwriters through his 7Layers brand, rather than focusing on new music for himself.

After a long period of not releasing new music, Dotan is back with his boldest sound yet.

In search of himself and a deeper connection with his music, Dotan left Amsterdam for California, finding some key new collaborators to truly express the colourful sounds living within his head. “Numb” is the first of many powerful songs to come and signals a true return for Dotan.

“Numb” is an evolved, eclectic and vulnerable sound with influences from electronic and pop music, whilst retaining the emotion of a true singer-songwriter talent.