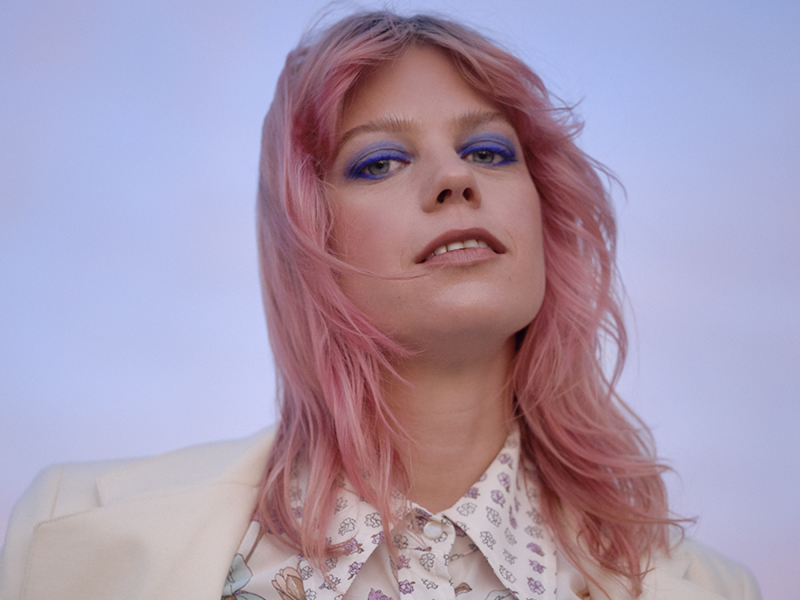 Some records require a journey. Are You in Love?, Basia Bulat’s extraordinary, glittering new album, required two: the Canadian singer went to the Mojave Desert and then she went away – turning inward, shaking off the shadows, looking out to dawn.

“Oh, why didn’t I just listen to myself in the first goddamn place,” she says today. Somewhere in the middle of making her fifth album, Bulat took almost a whole year off. Because she had fallen in love, because her father died, because she had lost her sense of beauty and where it might be hidden. “The desert exposes you,” she admits. “There’s nowhere to hide.”

Like 2016’s Good Advice, Are You in Love? was made with My Morning Jacket’s Jim James. I want to make a really beautiful record about compassion, she had written to him, and Joshua Tree seemed like the perfect location: the site for a quest, finding music in the dunes. She was inspired by singer-songwriters like Minnie Ripperton, Emmylou Harris, Dolly Parton and Silvio Rodriguez – artists who knew (and know) how to imbue quiet songs with sensational force and boundless loving-kindness. Artists who can sing the sun down – and also bring it up.

Still, as work on the record began, “I was afraid to write what I wanted to write,” Bulat admits. “I was afraid of some of the lyrics.” Some of the words had come easily – songs like “Are You in Love?” or the Instagram-uncanny “Hall of Mirrors,” composed one morning in Joshua Tree. But the essence of others was much more difficult to express. “Light Years,” “Electric Roses” and “Already Forgiven” wrestle with desire, self-knowledge and reinvention. “Stories fail you when you’re grown,” she sings on “Fables,” “My love for you is bold, take it all.”

The desert can seem vast and isolating – but it’s also quiet enough that you can hear somebody talking or sweeping, miles away. Gathered at Hi-Dez Studios, Bulat and her band jammed for hours – then built fires, went for hikes, drove in circles chasing dust-devils and mirages. James helped the songwriter trust her instincts – “he knows how hard it can be to make records” – but she also pushed herself to be vulnerable in new ways, testing different kinds of collaboration. “I’m getting better at letting people in,” she says: Are You in Love? includes lyrics written with a friend, U.S. Girls’ Meg Remy, and everything from melting keyboard parts to Mojave field recordings by multi-instrumentalist Andrew Woods, whom Bulat married last summer.

Still, the record wasn’t done when Bulat came home to Montreal – and by mid-2018, she had stepped away from the songs. It would be nine more months before she was ready again to listen to her own voice. “Throughout this whole record, I was struggling between keeping it together and letting go,” she explains, “between holding onto old narratives or accepting what’s before me.” There was death and grief, but also forgiveness, reinvention and love: “coming to terms with the past and acceptance of the present and trying to stay open to the future.”

The result – after returning to these recordings in spring 2019, singing the songs live in Australia, mixing and re-mixing in L.A. – is an album that’s gorgeous and startling, quietly strange, a shining desert record with a bit of dusty rose over all its 13 tracks. Are You in Love? is searching and certain; it’s the sound of a singer who’s refusing to hide. The title track sashays like a girl-group classic; “No Control” flashes like that group’s hard stare. “Already Forgiven” ripples with reverb like a ribbon in a windstorm, whereas “Your Girl” is cruising down the highway – with Bulat doing her best Christine McVie. “Love Is At The End of the World,” the album’s gradually thunderous closing tune, is one of the most thrilling things Bulat has ever created: a blazing, incandescent ever-after, all raw electric hope.

“You could keep on running,” she sings there,“you could start a war diamonds in the dust still
sing into the dark.”