RESCHEDULED/VENUE CHANGE: This show has been rescheduled from Schubas on Monday, September 28, 2020 to LINCOLN HALL on Friday, April 8, 2022. All previously purchased tickets will be honored, unless refunded. Ticket buyers will be contacted with confirmation. 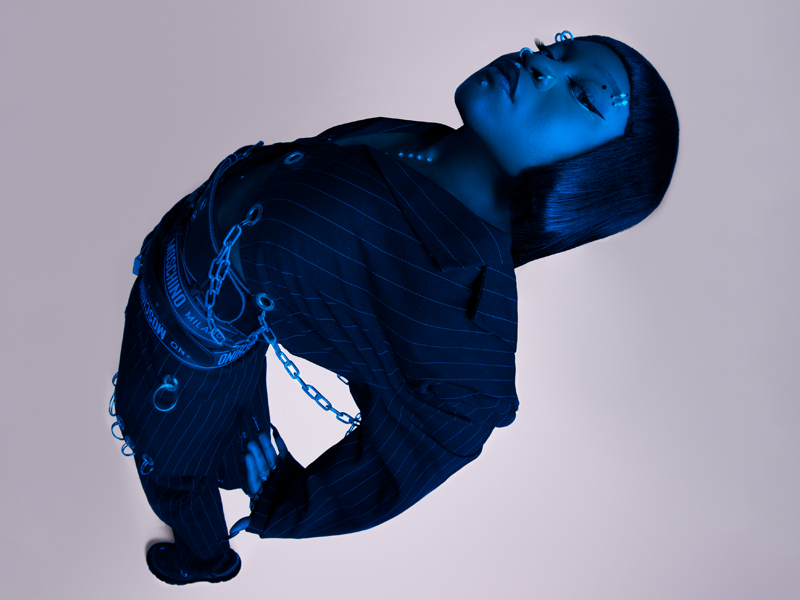 In just a few short years, Sampa Tembo—better known as Sampa The Great—has established herself as one of hip hop’s brightest young stars. Exemplified by the 2019 release of her award-winning debut album The Return, she continues an unstoppable rise that has seen her break-through numerous personal and professional milestones to become one of the most sought-after voices in contemporary rap.

In the past few months alone, the Zambian artist has won 3 ARIA Awards (out of the 6 she was nominated for), was named BET’s Amplified Artist Of The Month, become the first musician ever to claim the prestigious Australian Music Prize (AMP) title twice in their career, was highlighted by Michelle Obama on her personal playlist, released the poignant video for ‘Time’s Up (feat. Krown)’—a track which criticises the Australian music industry and it’s often careless attitude to protecting the wellbeing of Black Artists—and featured alongside Denzel Curry on a new single by The Avalanches. With her recent performances at the virtual Roots Picnic 2020, NPR’s Tiny Desk series as part of Black History Month, AFROPUNK and the ARIA awards—as well as an invite to play at the forthcoming Coachella—Sampa continues to cement her status as in-demand live-performer. Following a run of sold-out shows across the US, EU and Australia & New Zealand in 2019, she capped off the year with an incredible performance on the BBC’s Later… With Jools Holland.

Her most recent standalone release, a remix of ‘Time’s Up’ featuring NYC rapper Junglepussy, arrived alongside the announcement of a public remix competition. Echoing a line from the track for “all the Black Queens to the front”, the competition aimed to encourage participation from Black womxn, and highlights Sampa’s continuing commitment to using her music and position to speak and act on causes close to her heart. She recently teamed up with Pola Psychology, a Naarm (Melbourne) based therapy practice to make sure African youth-musicians can access culturally appropriate mental health care in their own community, by their own community, raising over $13k AUD to date. Earlier this year she also recorded and cut to vinyl a special one-off live performance at London’s Soho Radio, auctioning off the 12” to raise money for SOS Children’s Villages charity in Lusaka, Zambia.

Sampa’s earliest releases: 2015’s The Great Mixtape and her “Female / Blue Boss” single, announced the arrival of a prodigious new talent, with Okayplayer describing her as “an adventurous young mind- pushing out against all boundaries”. This was followed by her HERoes EP and HERoes Act 2 EP—the latter being a collaboration with Estelle and Rahki. The release of her Birds And The BEE9 mixtape on Big Dada in 2017 would prove to be a breakout moment, with standout tracks like ‘Black Girl Magik’— written for her younger sister as a celebration of black womanhood—and ‘Rhymes To The East’, the release drew praise from the likes of NPR, OkayAfrica, Bandcamp, XLR8R, Complex, Noisey, Clash, Huffington Post, Gal Dem, The Guardian and The Observer, and would go on to be awarded “Best Album” in the 2017 Australian Music Prize. This was followed by 2018’s “Energy” single & video, championed by Zane Lowe, it became Sampa’s most listened to single to date.

Born in Zambia, raised in Botswana and spending time in Australia—notions of “home” have always played a pivotal role in Sampa’s work. Nowhere was this more apparent than on her debut album The Return, described by NPR as “a portal into the psyche of an African artist who has traveled the world in search of herself”, it is a record built on years of personal and musical soul-searching. “I knew when the album was being made it was a very important time for me musically and personally. My debut album was, in a sense, a release of control of the sound direction. Going back to root inspirations stronger than ever before with a clear and concise definition of all I am as an artist and as a person” she explains. Mixed predominantly by Stones Throw’s Jonwayne and engineered by MsM (BoyBetterKnow) and the GRAMMY-nominated Andrei Eremin. The Return blends hip-hop, neo-soul, gospel, afrobeat and jazz and features productions by Silentjay, Kwes Darko (Slowthai) and Clever Austin (Perrin Moss of Hiatus Kaiyote) as well as collaborations with Ecca Vandal, Blue Lab Beats, Jazz-collective Steam Down and many more.

Released in September 2019 on Ninja Tune to widespread acclaim, it was hailed as “one of the year’s most arresting statements of purpose” (NPR), a “breakout debut… a dynamic suite of a record, touching on multiple genres without losing focus” (Pitchfork), a record which “delves deep into themes of home, heritage, displacement and freedom” (The Guardian) and as “nothing short of an enlightening journey… one of the most intriguing debut albums in recent memory” (Hypebeast), with further support from the likes of FADER, HipHopDX, Mixmag, NME, Metro, i-D magazine and many more. International press highlights came from the Sydney Morning Herald (Australia), Libération & LesInrocks (France), Musikexpress & Spiegel (Germany) and De Standaard (Belgium). The album was additionally included in numerous best-of-2019 lists—including being named as Bandcamp’s #1 “Album Of The Year”—with standout single ‘Final Form’ winning “Track Of The Year” at the Gilles Peterson Worldwide Awards, and Best Hip Hop Release at the 2019 ARIA Awards, making Sampa the first woman of color to take home the award. 2020’s ARIA Awards saw Sampa nominated for 6x awards, taking home Best Independent Release, Best Hip Hop Release and Best Female. Making history again, “The Return” won the Australian Music Prize, making Sampa the first artist to win the prestigious award twice in their career. Elsewhere “The Return” found radio support with international heavyweights like Zane Lowe & Ebro Darden (Beats 1) and Annie Mac (BBC Radio 1) and was supported heavily by NPR and KCRW peaking at No.1 on the US College Radio Charts, as well as all Australian community radio, Triple J and Double J.

The making of the album was also documented for “The Return – A Short Film”. Shot in Zambia by long- time visual collaborator Sanjay De Silva—who also directed the videos for ‘Final Form’, ‘OMG’ and ‘Time’s Up’—it provided a moment-by-moment visual reflection on the powerful musical and personal evolution behind Sampa’s release. Including her formative return to home country Zambia, collaborative sessions in her Melbourne studio, and meeting the artists, family, friends and community who inspired or lent their own voices to the project.

Sampa’s The Return live show has already led to multiple sold-out tours across the world and seen her invited to play iconic festivals such as Glastonbury, Coachella, and the Roots Picnic, as well as headline shows alongside Burna Boy, Raekwon and Yasiin Bey (aka Mos Def) in recent times—with The Times describing the show as “radiating the kind of energy that could power a small city” and Sampa as “a versatile and charismatic star-in-waiting” in their 4/5 star review. She has previously supported the likes of Kendrick Lamar, Ms. Lauryn Hill, Thundercat, Joey Bada$$, Hiatus Kaiyote, Noname, Ibeyi and Little Simz amongst others.

With more music on the (near) horizon, Sampa The Great shows no signs of slowing down in 2021.