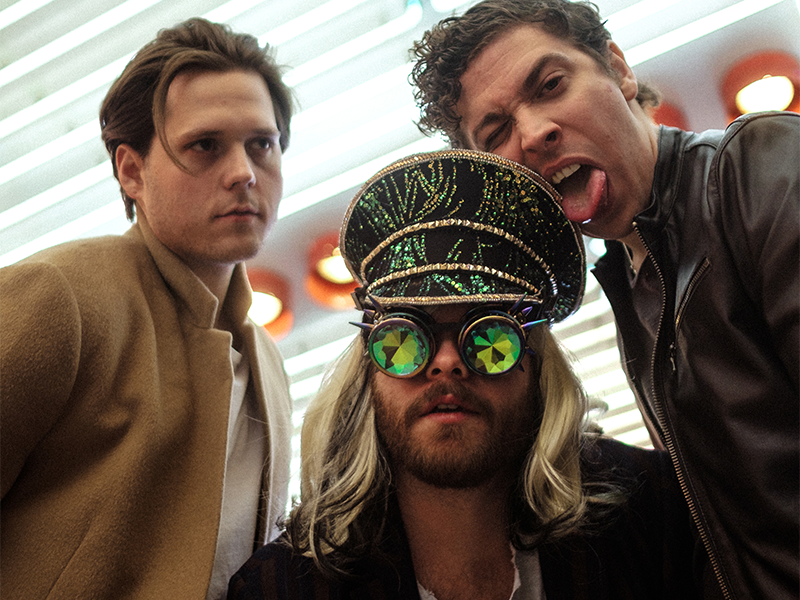 You can always uncover uncharted territory, especially in Texas. Pioneering unheard sonic terrain, Austin trio Culture Wars reprogram and rewire rock with new wave electronics, alternative experimentation, and a pop undercurrent. After amassing 7 million-plus streams independently, inciting a flurry of activity on TikTok, and charting the top 30 of Alternative radio, the band—Alex Dugan, David Grayson, and Dillon Randolph—focus this fiery fusion on their 2021 EP, teche. In 2019, they retreated to the famed Sonic Ranch Recording Studio in Tornillo, TX, which sits on a massive pecan farm thirty minutes outside of El Paso directly on the Mexican border. Over the course of “drunk summer camp,” as Alex describes it, they brought teche to life with producer Caleb Contreras.

They recruited ten-time GRAMMY® Award winner Manny Marroquin [Kanye West, Imagine Dragons] for mixing and put the finishing touches on the EP just as the Global Pandemic set in. “Faith,” which Alex describes as “a rock song, an electronic song, and country song,” hinted at the scope of the project. Meanwhile, “Leave Me Alone ” quickly approached 1 million streams as it generated a flurry activity on TikTok fueled by videos from mega-influencers such as Bella Poarch, Nessa Barrett, and Sienna Mae. Not to mention, it landed on the GRAMMY® Award-nominated Bill & Ted Face The Music Original Motion Picture Soundtrack and ascended into the Top 30 at Alternative Radio.