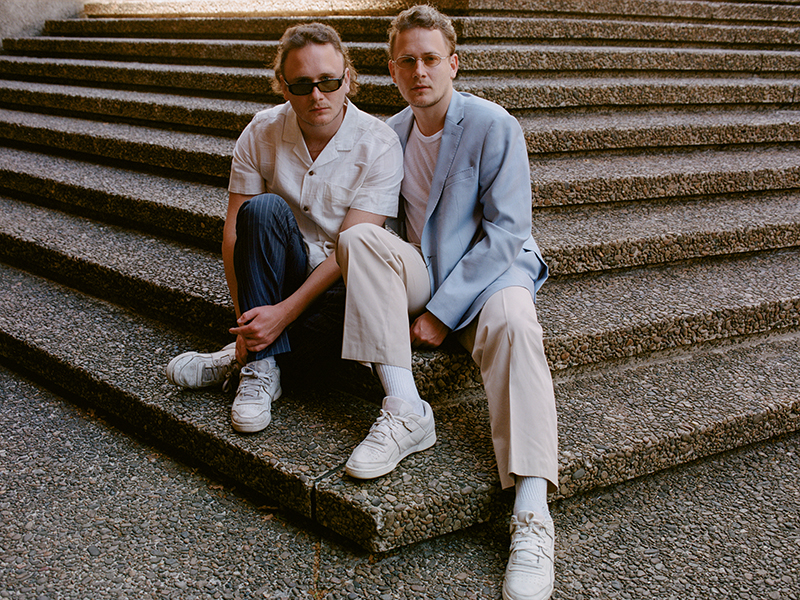 Sydney’s favourite twins, Cosmo’s Midnight, are maestros of the mix-n-match, purveyors of electronic beats, clad with a solid R’n’B sensibility, with a tasteful touch of the heart of house. Hailing from Sydney’s creative Inner West, the duo have curated a unique and distinctive sound that has earned them critical acclaim from all corners of the globe.

Sailing to the top of the charts in 2017, the boys signed to American label RCA Records, toured the US for the first time, and sold out an Australian-wide tour back at home. They’ve proven not to slow down, continuing into 2018with the release of their debut album ‘What Comes Next’ charting internationally, and an already mostly sold-out Australia tour.

The twin producers first began to garner attention with high-profile remixes for a list of home-grown and international talents, including Porter Robinson, Anna Lunoe, Snakadaktal, AlunaGeorge, Panama and, most notably, the official rework of Flume’s hit ‘Sleepless’. Starry-eyed and undeniably talented, theirown production quickly took to the front of the stage with EPs Surge (2013) and Moments (2015). Showcasing a blissful, soft-bodied take on dance music, stand-out single ‘Walk With Me feat. Kučka’ became one of the most shazamed tracks in Australia, collectively accruing over 20 million plays across all platforms.Embarking on a sold out world tour in 2017 after dropping ‘Mind Off feat. Kudu Blue’, they stopped over in Australia, New Zealand, and Asia. In that same year the band had a successful US run, where they sold out their hard ticket headline play at The Roxy in LA and Rough Trade in NYC.

In June 2018, Cosmo’s Midnight released their long-awaited debut album What Comes Next via Sony / RCA Records. The album features a slew of Australian and international talent, including Tove Styrke, Winston Surfshirt, Woodes, Panama, Boogie, Buddy & Jay Prince, who each lend their unique vocals. Landing FBI Radio and triple j’s ‘Album of the Week’, as well as multiple rankings on Spotify and Apple Music playlists including #1 Australian Electronic Charts and #1 Best of the Week on Apple, What Comes Nextalso features singles like the heavenly homegrown collaboration ‘Get To Know feat. Winston Surfshirt’, the nostalgic, house-driven ‘Polarised’, and their latest single ‘Lowkey’, featuring the laidback vocals of US rapper Buddyand East London’s Jay Prince. The striking visuals for What Comes Nextwere designed by Charlotte Mei, depicting Cosmo and Pat in their childhood room with their dog Koa.

Cosmo’s Midnight have now become one of the biggest ticket selling local artists in Australia. Their upcoming What Comes Next Aus Tour in July 2018 has had a huge response, with 8 sold out shows, adding an extra 4th Corner show in Melbourne and 4th Metro show in Sydney, and tying the record for most Metro shows for any artist since 2007.

Having recently wrapped their first shows of 2019 with St Jerome’s Laneway Festival, the twins have shared the first taste of new music this year -summer dance anthem ‘CUDI (Can U Dig It)’ & the disco leaning ‘Have It All (feat Age.Sex.Location)’, both out on Sony Music Australia, RCA Records & Black Butter Records. Alongside the releases, the duo embarked on a one night only theatre tour of Australia, bringing their live show to (and selling out) iconic venues like The Enmore in Sydney, The Forum in Melbourne & more -as well as their biggest tour of the US to date.

Leading the helm of a new generation of young Australian producers, Cosmo’s Midnight have become renowned worldwide as the dappled starlight kings of lightheaded and innovative electronic music.