Due to an overwhelming demand, we’re moving our upcoming show with Giant Rooks to a bigger room!

All tickets purchased for the Schubas show will be honored at Lincoln Hall. 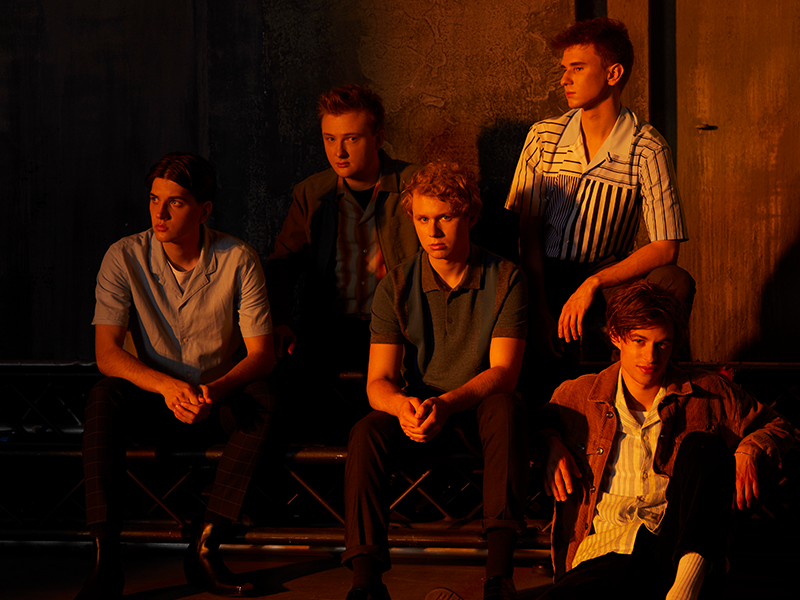 THIS SHOW HAS BEEN MOVED TO LINCOLN HALL

Giant Rooks, founded in 2015 by two cousins and three friends in a rehearsal room in Hamm, is probably the most promising band Germany has had in a long time. Their accomplishments so far are impressive and multiple. Their monthly listeners on Spotify are in the millions, and they’ve sold out concerts from Rome to Paris to Manchester. In Germany, they play venues that other artists only play after 15 years of constant touring.

Between 2015 and 2019, the five-piece played more than 350 shows and established their reputation as an extraordinary live act. Last year they released their internationally acclaimed debut album “ROOKERY” and it entered the German charts at #3. The 12-song album, including the radio hits “Wild Stare” and “Watershed”, is a powerful artistic statement that highlights the diverse and rich musical palette of the band. Their Kanye- esque hip hop beats, song structures drawn from the Bob Dylan archives, and soundscapes dripping with the seductive qualities of Bon Iver, all work together to create a modern and unique sound born out of their desire to not be pigeon-holed into one genre. They also released “Rookery Live Tapes” in June 2021, an EP full of beautifully stripped- down versions of songs from their debut album.

In the Spring of 2022, Giant Rooks will play their biggest European tour thus far. They have also announced their first headline tour in North America for May 2022 with shows in Canada and the US.