09-03-2021 Blockhead - Schubas Tavern || Lincoln Hall
LHST Vaccination Policy
Proof of vaccination is required for entry to all shows at Lincoln Hall and Schubas in Chicago, and to all Audiotree Presents shows in Michigan. Click here for more information on this policy for Chicago shows, and Click here for Michigan shows. 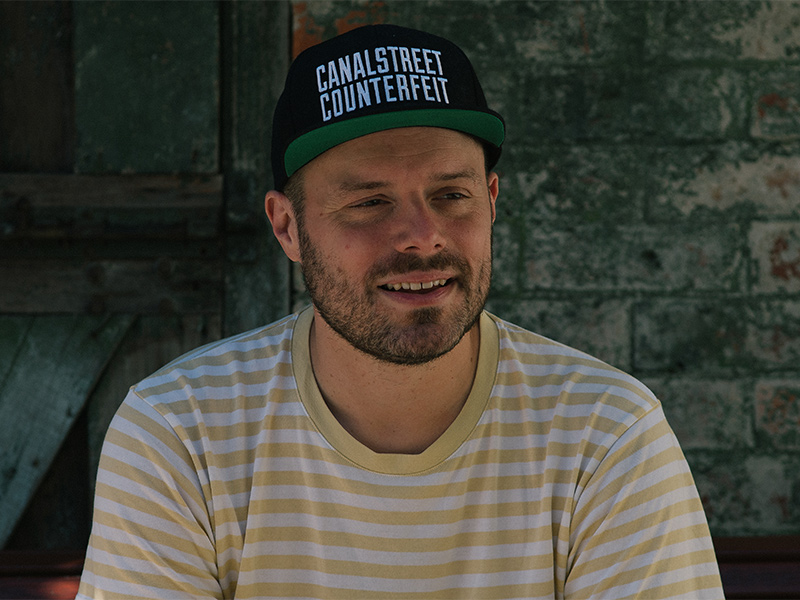 Tony Simon—aka Blockhead—has been making and releasing utterly distinctive, funky and emotive music for the last two decades. Blockhead grew up in downtown New York City. As the son of an artist, surrounded by visual culture, he early on found that his passion was for music, for the sonic. A fan of a whole range of sounds, especially hip-hop, Blockhead steadily built a tremendous collection of tapes and later CDs from innumerable artists, a quiet accumulation of knowledge and know-how. After a brief stint as a rapper, he realized his calling was behind the boards and not on the mic – and from there began to produce beats. Since making that decision, he’s kept pretty busy: carving a niche as a sought-after underground beatmaker that people call when they want something special. Blockhead produced nine tracks on Aesop Rock’s critically acclaimed album Labor Days. Additionally, he produced half the tracks on Aesop Rock’s follow-up EP, Daylight. He has also worked with other indie giants Atmosphere, Murs, Mike Ladd, and Illogic. In between, he found time to complete a break beat album entitled Blockhead’s Broke Beats, with 10 hard-hitting instrumental tracks, which was released on Mush Records.

Blockhead’s debut album on Ninja Tune, Music By Cavelight, was described as “one of the most fantastically good albums you’re going to hear this year” (Sunday Telegraph) and “a beautiful record” (Metro), with Blockhead himself tipped as “definitely one to watch” (Touch). Blockhead returned in 2005 with Downtime Science, another set of deep, emotional instrumental hip-hop tracks, this time dedicated to the downtown area of Manhattan where he grew up and has lived his entire life, encompassing all the attitude, anger and edginess of the neighborhood. This expansive album also features some melancholy reflections upon failed relationships and the promise of future loves.

The Music Scene was released in 2009 to both critical acclaim and commercial success – launching Blockhead on a global string of headlining dates ranging from Pittsburgh to Poland – where he participated in the world famous Zubroffka Festival, providing a live score for some of Charlie Chaplin’s earliest films. Blockhead followed this album with 2012’s Interludes After Midnight, further showcasing his development as a solo artist with a unique voice.

More recently, Blockhead has self-released a string of full-length albums (Bells and Whistles in 2014, Funeral Balloons in 2017), in addition to teaming up with UK’s music publisher DeWolf Music to create The Art of Sampling (2017). Capitalizing on the producer’s ability to twist unexpected material into new, modern music, DeWolf opened their vaults to Blockhead and let him go wild. Earlier this year, Blockhead released the collaborative effort Free Sweatpants featuring Aesop Rock, Open Mike Eagle and countless other rappers.

Blockhead will release his new solo record this fall on Future Archive Recordings.