“Beware of nightlife vampires though, they will take you to a corner and enter in your mind by making you feel like your life is a mistake. If you see one, just run away or kiss your lover on the neck.” Night-time is often an adventure. At twilight, tongues loosen, the tempo speeds up and the volume of the speakers increases. From the hit “Attitude” to the single “Boom Boom”, Lewis OfMan welcomes us into his sonic world. The songs that play there are nocturnal poems, assembled in his very first album, the aptly named Sonic Poems.

From his first compositions at 11 years old on Garageband, to the well-received Yo Bene (2017) and Dancy Party (2021), Lewis OfMan has always prominently featured music that resounds in the distance when the sun is only just starting to sink. With Sonic Poems, the Parisian producer takes a step deeper into the heart of the night. “Let’s get drunk and keep it light” proclaims the song “Misbehave”, which invites us to raise our glass to the mistakes we make when we’ve had too much to drink, to the encounters we make at club exits (“Love Parade”), and to the messages sent in altered states (“Too Much Text”).

An unsurprising tribute, given the way in which encounters shaped Lewis OfMan’s journey in music. It all started with a remix project, which turned into an original song for Vendredi Sur Mer (“La femme à la peau bleue”). A surreal session in a bedroom with rapper Rejjie Snow followed, then openings with Yelle and productions for The Pirouettes and Fakear. It is no surprise, then, that to finalize his first album, Lewis Ofman, born Delhomme, visited Tim Goldsworthy and Bruno Ellingham (Massive Attack, LCD Soundsystem, The Rapture) in England.

However, although the disc is permeated with an anglophone touch, starting with the texts, which are practically all in English, it is not exempt from other scattered influences, inspired by OfMan’s travels. First with a trip to a fantasized Barcelona, contemplated from the Montjuïc hill (“Las Bañitas”), then with Tuscany (“Sorry Not Sorry”) before returning to Paris with softer love songs sung in French, like a nod to the songs that got Ofman known (“Regarde moi”). Songs constructed like poems, rollercoasters, or perhaps both. 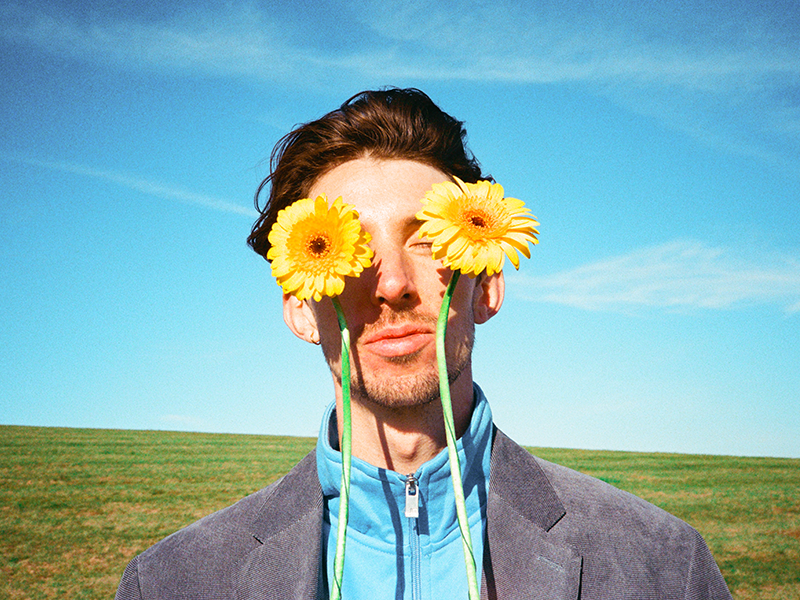