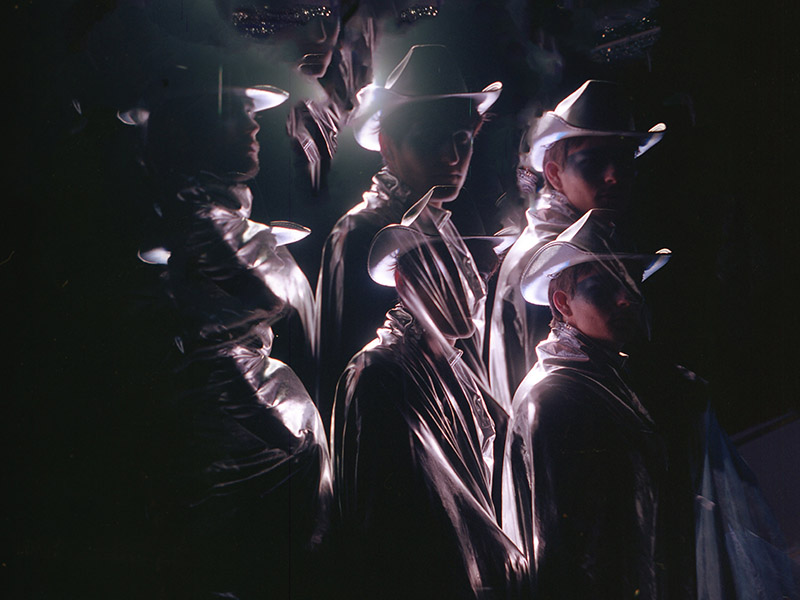 Oklahoma-based trio Sports, comprised of brothers Jacob and Christian Theriot alongside Cale Chronister, began playing together in grade school. The group’s electro-pop sound shaped much of their debut LP release in 2015, Naked All The Time. The following year, the band released their heralded sophomore effort, the funk-laden People Can’t Stop Chillin’. Continuing to grow at a breakneck pace, Sports have seen multiple singles amass over one million plays on Spotify alone including “Whatever You Want” which just eclipsed 10 million plays.

Coming off a slew of critically-praised singles including “Don’t Tell Me,” “No Pressure,” “Cadillac” and “Shiggy,” the band released Everyone’s Invited, their third full-length album, and the group’s first major body of work since 2016. Everyone’s Invited marked an experimental and innovative return for the trio, effortlessly blurring the lines between synth-pop, indie-funk, and psychedelic rock. The vibrant twelve-track offering delivers something for all listeners and has received acclaim from Pitchfork, Pigeons and Planes, and Ones To Watch, in addition to earning plays on KCRW’s Morning Becomes Eclectic and Spotify’s New Indie Mix playlist.