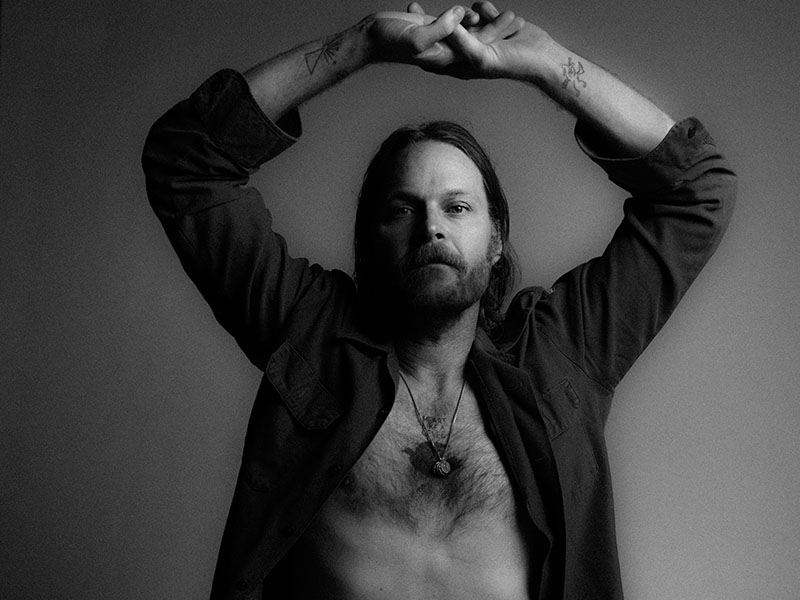 Describing the Durham-based Hiss Golden Messenger is like trying to grasp a forgotten word: It’s
always on the tip of your tongue, but hard to speak. Songwriter and bandleader M.C. Taylor’s music is
at once familiar, yet impossible to categorize: Elements from the American songbook—the steady,
churning acoustic guitar and mandolin, the gospel emotion, the eerie steel guitar tracings, the
bobbing and weaving organ and electric piano—provide the bedrock for Taylor’s existential
ruminations about parenthood, joy, hope, and loneliness—our delicate, tightrope balance of dark and
light—that offer fully engaged contemporary commentary on the present. And then there’s an
indescribable spirit and movement: Hiss Golden Messenger’s music grooves. There’s nothing else
quite like it.

For over ten years, Taylor has spearheaded this prolific, perpetually evolving group. He’s toured and
recorded relentlessly, earning devotees along the roads, deep in festival pits, and across the seas,
delivering earnest performances that morph from jammy freakout to private prayer in a matter of
measures.

“The work that I do requires me to be in a certain emotional place,” says Taylor. “My music depends
first and foremost on being in a heightened emotional state and putting my vulnerability on display.”
This vulnerability is also central to Taylor’s steadily growing fanbase, which continues to discover
universal themes in his deeply personal work. The critical acclaim and attention for Hiss Golden
Messenger—including features in The Atlantic and The New Yorker, glowing album and live reviews
in Pitchfork, Rolling Stone, and Consequence of Sound, and barn-burning performances on Late Show
with David Letterman and Late Night with Seth Meyers—affirm the emotional power of Taylor’s work.
This raw emotion is especially apparent on Hiss Golden Messenger’s new album, Terms of
Surrender. Out September 20 on Merge Records, Terms follows Taylor’s journey through a
tumultuous year of trauma and psychological darkness, hoping and working towards redemption and
healing, and the conflicting draw of home and movement. “Another year older,” Taylor sings on
album opener “I Need a Teacher.” “Debt slightly deeper. Paycheck smaller. Goddamn, I need a
teacher.”

Later, Taylor tracks the complex dynamic between father and grown son on “Cat’s Eye Blue,” singing,
“Is this wicked word too bad to be spoken? You let the heart attack in. One taste and it’s broken.” He
later pivots towards his relationship with his own daughter on “Happy Birthday, Baby.”

Happy birthday, baby
Go love your brother now
It’s a strange gift, maybe
Girl, you know me better—better than I know myself

I’m trying to repay you
All these miles that I roam
And when I’m far away, baby
Know that I love you and sing this little song

Taylor says that he wanted to make Terms of Surrender “a wandering record. I wanted where we
recorded it to mirror the searching spirit of the music.” Having written upwards of 40 songs—in
motel rooms, his studio in Durham, and a secluded cottage outside of Charlottesville,
Virginia—Taylor winnowed them down to the ten works that comprise Terms of Surrender. With
regular collaborators—including Phil and Brad Cook, Josh Kaufman, and Matt McCaughan—and new
friends like Jenny Lewis and Aaron Dessner (of The National), the crew decamped to Dessner’s Long
Pond studio in upstate New York, Sound City in Los Angeles, and producer Roger Moutenot’s
Haptown studio in Nashville to create the most fully realized and genre-defying Hiss Golden
Messenger album to date.

Hiss Golden Messenger songs create feelings to which devoted listeners attach their own meanings
and memories with each repeated spin. Throughout Terms of Surrender, those feelings range from
fearful to celebratory. But perhaps the title track—with its refrain of “I’m gonna give it/ but don’t
make me say it/ It’s one thing to bend it, my love, but another to break it”—best summarizes the
nature of Taylor’s work as a musician, father and spouse, and cultural communicator on this album.
He explains, “Terms of Surrender is part apology, part plea, part love letter. It’s about how much of the
most important parts of ourselves we can sacrifice and still feel like we’re living the life that we
thought we wanted.”