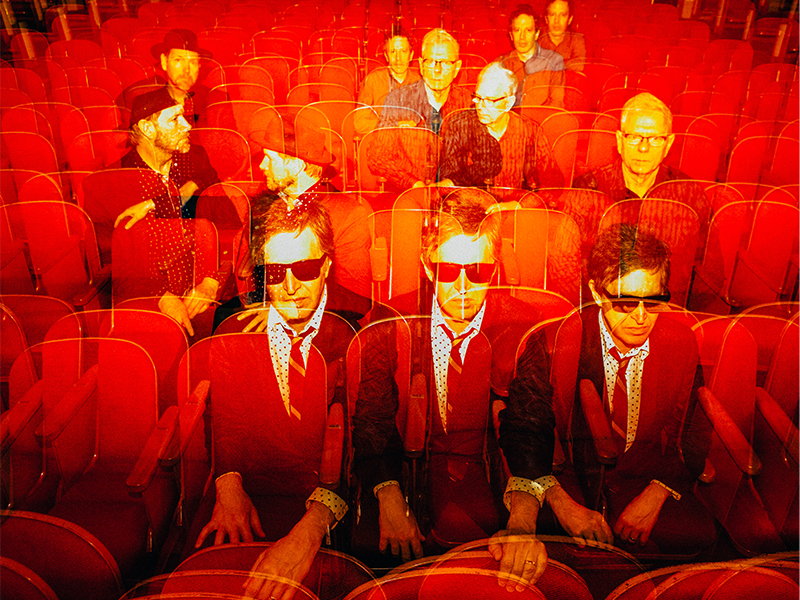 After several reissues of vintage recordings, The Dream Syndicate recently revealed they had signed to indie institution and ‘international guardian of wonky psychedelia’ (Uncut), Fire Records.

When the Dream Syndicate emerged in the early 80s, frontman Steve Wynn declared that “we’re playing music we want to hear because nobody else is doing it” — he added, “I’ll comprise on what I eat or where I sleep, but I won’t compromise on what music I play.”

Both were true, although their template of Velvet Underground meets Crazy Horse may seem commonplace today (and let’s not forget, the Syndicate spawned many imitators), their raw twin guitar, bass and drums approach was not common during an era when slick polished MTV bands ruled. The band were uncompromising. But before MTV switched to reality shows, The Dream Syndicate of The Days of Wine & Roses were no more.

We could spend a whole page just talking about the original Dream Syndicate and their debut album The Days of Wine & Roses — but suffice to say that the NME, Melody Maker, Sounds, Rolling Stone, et al — all loved it.

Decades later, in 2012 they remerged with a slight change in line-up, guitarist Jason Victor joining two original members Steve Wynn (singer/songwriter/guitarist) & drummer Dennis Duck and long-time bassist Mark Walton (a member since 1984) — and after a blaze of touring, they recorded their first album in decades, How Did I Find Myself Here?

“The kind of comeback you always want your favorite band to make.” MOJO

The album was surprisingly fresh (the addition of former Green on Red keyboardist Chris Cacavas provided lush textures previously unknown in their guitar-based music) and more surprising was a vocal cameo from co-founding member, the long-lost chanteuse Kendra Smith.

More touring (joined by now official member Cacavas) followed quickly by another album These Times — which refined the sonic landscapes explored on How Did I Find Myself Here?

This band is not regurgitating old albums and previous glories, but developing with the same urgency that a pack of youngsters would.

Any fan who has been paying attention already knows the Dream Syndicate aren’t going to make another album that sounds like The Days of Wine and Roses (they haven’t since 1982), and it’s foolish to expect that. But they don’t really need to when they’re capable of making music as good as These Times; this is passionate and rewarding music from artists still exploring new territory with truly satisfying results. — AllMusic

That was followed by the experimental free-form psychedelic The Universe Inside. Just look at the song lengths; 20:27, 7:36, 8:56, 9:55 and 10:53. Building off of the legacy of their earlier “John Coltrane Stereo Blues” of 9 minutes with live versions well over the ten-minute mark.

However, when one thinks of the Dream Syndicate, it’s not just the wild abandon with which singer/guitarist Wynn, drummer Dennis Duck, bassist Mark Walton, and lead guitarist Jason Victor perform — it’s the carefully constructed song writing of Wynn that comes to mind and by now every rock critic in the world has predetermined who they feel the Dream Syndicate reminds them of and what they think of that style of music — but, This time, don’t!