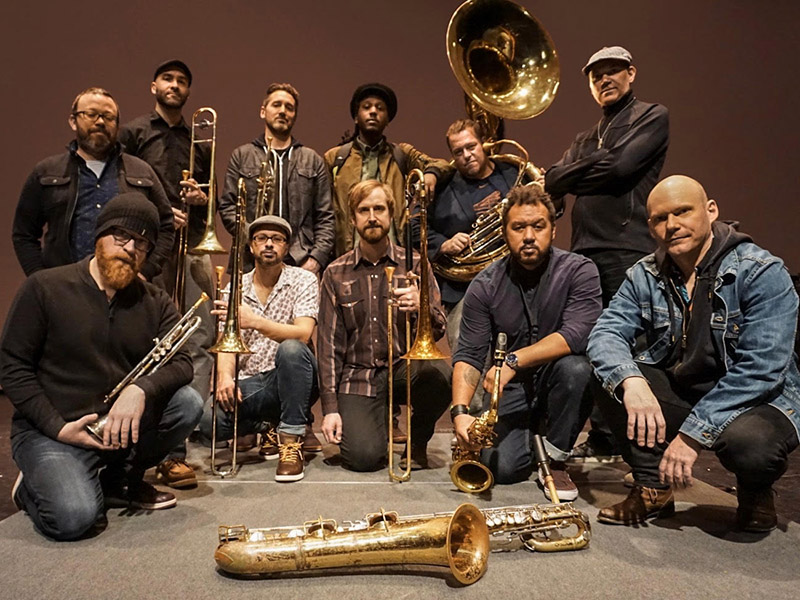 LowDown Brass Band (LDB), deftly synthesizes the gritty sounds of Chicago with the high energy street beat of the Crescent City. LDB brandishes a powerful brass frontline of trumpets, trombones, saxophones, with a funky backline of drums and sousaphone. Combining the poetic ferocity of Billa Camp with stellar vocal harmonies, adventurous improvisation, movement, and grooves, LDB creates an infectious and diverse sound that has something for every listener.