12-17-2019 Lewberger - Schubas Tavern || Lincoln Hall
LHST Vaccination Policy
Proof of vaccination is required for entry to all shows at Lincoln Hall and Schubas in Chicago, and to all Audiotree Presents shows in Michigan. Click here for more information on this policy for Chicago shows, and Click here for Michigan shows. 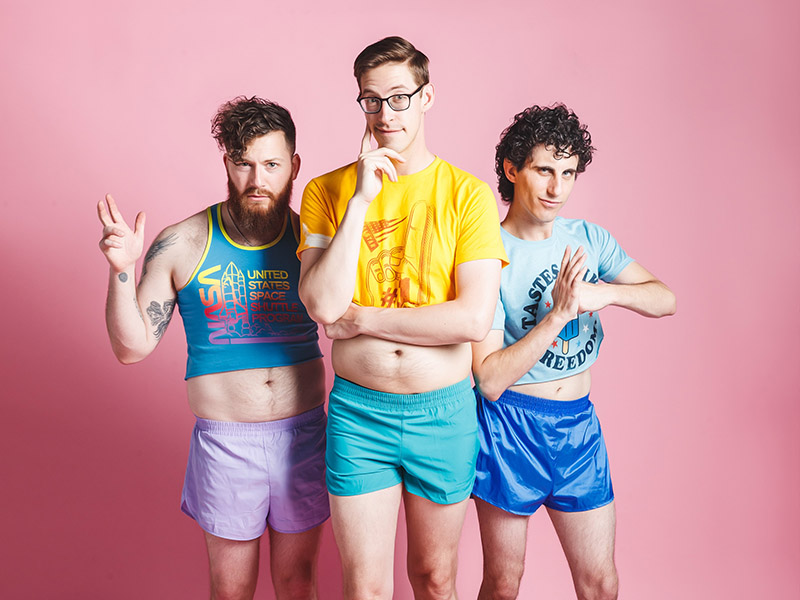 Lewberger is Keith Habersberger, Alex Lewis, and Hughie Stone Fish. Recently named finalists on NBC’s Bring The Funny, this handsome, 3-man comedy band based in Los Angeles, CA, has been described as the illegitimate love child of Lonely Island and Flight of the Conchords. They are perhaps most known for their viral music videos which have amassed over 25 million views online.

They started writing original comedy songs together 5 years ago and have performed live shows at the Kaaboo del Mar music festival, as well as colleges and comedy theaters in California and New York.  Lewberger’s self-titled debut album released November 2nd, 2018.

Keith Habersberger is a member of internet sensations The Try Guys, who recently left Buzzfeed to form their own production company. Alex Lewis is an actor and comedian who can be seen on several TV shows and the movie All About Nina as well as the Valley Girl remake coming soon. Hughie Stone Fish is an independent music artist and producer with strong ties to his hometown of Syracuse, New York.